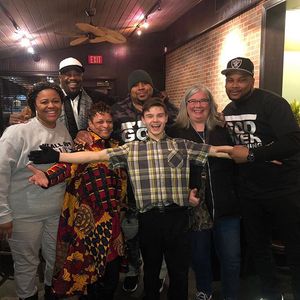 A dance battle and a Pastor's kid was the highlight of Day 3 of the Prison Tour. We started the day off with a lobby call of 7:15am. We only had 5 hours of sleep the night before, so this was pushing it. However, we made it to van (except The Gideon Crew, you know, late) :(.

We arrived at Vienna Correctional greeted by the Warden & The Chaplain. It doesn't get any better than having the Warden & the Chaplain being Christians and excited that you're there. You can feel the peace in the facility and the Spirit of God from the officers, leadership is critical to the atmosphere of a prison. The Chaplain even met us with a cart to bring in the equipment and pushed it to the chapel.

We did 2 events here, a morning and evening. The morning event had 63 guys come out and 35 accept Christ and 14 rededicate. There was 3 young guys who talked and played the entire program. It was obvious they were of a different faith. But, one of them heard the Gospel and responded, but one of the other guys made him put his hand down. ONE WAY TO GOD AND IT'S JESUS! 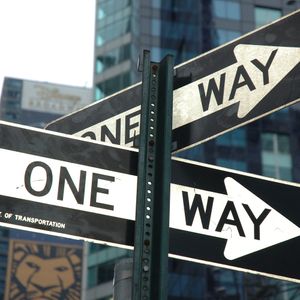 We were able to leave our equipment as we headed to Shawnee Correctional for the afternoon event. The prison is across the street, so it was a short ride. We met the Chaplain at the door, she's a new Chaplain there. Our brother Chaplain Mike retired the last time we were there.

The chapel had new sound equipment so the music was banging! They told us the people above us was complaining, because they could feel the room shaking. "WE RAISED THE ROOF". The Gideon Crew's set brought so much laughter and fun to the men.

A brother we called "Uncle Ray", he was about 60 plus, and he challenged E.D. to a dance battle. So, E.D. started imitating the movie "LIFE". And one white guy kept yelling out, "Tell em about the Boom Boom Room Ray". I WAS DYING LAUGHING. He was bugging too, you would have had to be there. Then one man yelled out "he could sing too, just let him hit one note". So, E.D. called the musician up and then Uncle Ray, wanted the background singers and everybody to come up. So, E.D. started cracking more jokes and the inmates were cracking up. Do you think he could sing, or nawl? There was 56 men attended and 28 accepted Christ and 12 rededicated. We got a chance to do the hustle as they were coming in.

After this prison, we ate lunch at the Dairy Queen and took a nap in spring lake park. We always go here while in Southern Illinois. (see pics on my facebook page). We headed back to Vienna Correctional for the 6p-8p event. This time there were 100 men that came out, word got around and it was open call. Some of the same guys came back out. The Chapel worker and musician for the choir, is a Pastor's kid. He told us he has 50 years and he's already done 22. He had to be a teenager or young adult when he came in. It's always a Pastor's kid in the prison. The chapel has an echo and it's hard to hear, but we all made it work and the brothers really enjoyed everything. One inmate told me he was a Pastor, and the name of his church and to look it up on the internet. I WAS LIKE WOW!! 22 men accepted Christ and 19 rededicated.

We ended the night with our ritual gas station dance party for the souls won from Satan. Art & The Gideon Crew were clowning (watch our live video on my Facebook page). We got dinner at 17th Street BBQ, it was alright, because I don't eat BBQ. My burger was like the old Wendy's commercial. Stay tuned for Day 4 and what God will do!.