I can't believe the prison tour is almost to an end. Day 4, we went to Big Muddy, Pinkneyville, and Centralia. We arrived at the first prison early, 7:30am...the Chaplain moved the time up and he wasn't even there. We met PF Regional Director, he rolled with us for 2 facilities. We got to the Chapel and the sound system that the Chaplain said they had was WACK! We didn't bring our stuff in, because of his confidence. They had 1 speaker working which was almost gone, but we made it work. There were 36 men attended (you can tell who want's you to come and who doesn't). 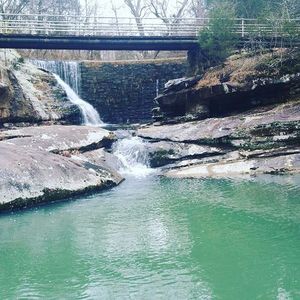 I did my challenged of Detroit Ballroom vs. Chicago Steppers. And an inmate name "Red Mac" tore it up, he was about 65 or older. He said he's one of the original steppers, and champion of 1979. His homeboy saw us 5 years ago and let the brothers know we was the real deal. His favorite line he kept yelling out loud was "NO QUESTION". He was too funny. They responded well to the gospel message and 9 men for salvation and 16 for rededication.

We left there and headed to the next facility which was Pinkneyville. This is a medium to high facility. The event was held in the gym and you can feel the strongholds in the room. There were several men looking like women and booed up! Transgender men are allowed to wear make-up, take hormone pills, have breast via bra implants, etc.  Big Jake and I had an entire discussion about this afterwards. I'm up first so I have to break the ice and it was hard toiling the ground. But, the Holy Spirit broke through by the end. There were 56 men attended, 18 salvations and 19 rededications. I got a chance to talk to the Chaplain about the "Hebrew Israelites" and I learned some interesting stuff.

We did our annual Walmart stop and stopped at McDonalds for a quick bite before our last facility for the evening. We arrived at Centralia and our brother Leo met us at the front. He's the Special Activities Director, he's a cool brother and looked forward to seeing us. Since seeing him 2 years ago, he was delivered from Kidney Cancer HALLELUJAH!

We got to the gym and learned that heat was working completely. We had to bring our own sound in, even though they had theirs. I kept my scarf on during my performance and put that coat on once I sat down. There were 84 men that attended and 23 salvations and 49 rededications. Art's voice is going on out so it's a struggle for him, but the gospel was preached. While Art was up, the Major and some Officers came and grabbed a brother out the bleachers and handcuffed him and took him out. CRAZY! I wanted to ask so bad what happened.

The Gideon Crew got the brothers rocking out and E.D. kicked it with them 100 and a Muslim brother talked to him afterwards. He said, "I'm with the Nation, but I never heard Jesus talked about like this how do I get out". GLORY! Another brother said, "I was dormant, but yall woke me up".

Our night ended driving through rain mixed with ice to the hotel. We stopped and ate at Fridays for dinner at 10pm :( I ordered the wrong thing and was not happy. Our lobby called for Day 5 is 7:30am. So yall, stay with me, and thanks for reading. Keep praying for us, we can feel it!